Home » News » View From The ATI: The Future Of Air Travel 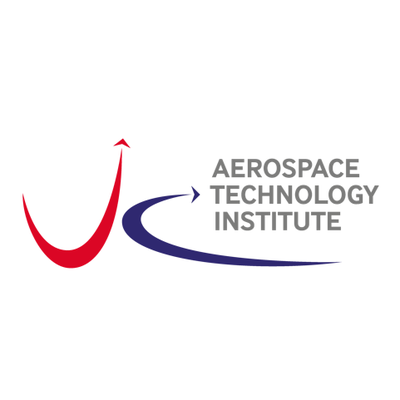 View From The ATI: The Future Of Air Travel

ATI’s Scott Pendry highlights some of the ATI’s views contained in the Institute’s recent response to the DfT Aviation 2050 green paper.

The DfT’s consultation on the future of aviation comes at an exciting time and we welcomed the paper. Arguably right now is an inflection point for air transport, a period when aviation is poised to go through the biggest change in fifty years as a result of aircraft designs and operating concepts enabled by new technologies including electric propulsion and the increased use of automation.  As a result of these changes, existing aircraft will not only become more efficient but new markets will be created, such as low-cost regional routes and urban/city air routes, which will take advantage of new aircraft designs.  It’s a hugely exciting time for aerospace – not only will these innovations improve connectivity, they will be enabled by technologies that are environmentally sustainable and, as my colleague Simon Weeks wrote recently, could benefit from significant ATI funding for improved environmental performance.

Given our role in establishing the Future Flight Challenge, our response talked extensively about the transformative impact the Challenge will have in considering, and ultimately developing, the infrastructure, policy and regulation required to incorporate new forms of electric, autonomous and unmanned aviation into the air transport system.  However, the consultation also gave us a few concerns – if we, the UK, really want to have a long-term aviation strategy out to 2050, we need to consider the infrastructure required to enable future air transport concepts and intermodality, concepts that will underpin the operation and commercial feasibility of new forms of air transport.

The key role of infrastructure

Connectivity is crucial to promoting regional growth and increased productivity, but new routes and markets won’t be created without the physical infrastructure required to enable new vehicles to take-off and land (either vertically or horizontally), charge and wait for passengers.

With the pace of electric aircraft development increasing, the Aviation 2050 Strategy needs to ensure that infrastructure development is in step with technology development, as failure to do so could stifle the development of new air transport operations in the UK.

For urban air mobility VTOL aircraft, a distributed network of ‘vertiports’ or ‘skyports’ (VTOL hubs with multiple take-off and landing pads, as well as charging infrastructure) or single-aircraft vertistops (a single VTOL pad with minimal infrastructure) is essential. Likewise, for conventional take-off and landing aircraft, a network of small airports and airfields, complete with suitable charging infrastructure and maintenance facilities is an absolute necessity.

A further infrastructure consideration is the provision of 5G communication networks which will allow the precise navigation that is needed for new aerial vehicles, many of which will be operated autonomously.

New aircraft will only become a useful component of tomorrow’s mobility if they are integrated into the overall transport network of cities and regions – new urban and regional aircraft should be thought of within the context of multi-modal transport solutions.

It’s therefore important that the final Aviation 2050 paper recognises that new skyports and smaller airports/airfields should also be treated as connectivity hubs, ready for multimodal journeys to and from destinations which might also involve a pooled car, bus or rail journey at either end.

Electrification and automation – a growing focus of the ATI

We’re working with established organisations in the sector, as well as more disruptive companies from outside the sector, to identify new projects which will position the UK as a world leader in the development of electric and autonomous aircraft. The E-Fan X is one of our most high-profile projects and, thanks to the Paris Airshow, is now gaining a significant amount of media attention.

There are many more projects like E-Fan X that we are keen to support and we want to work with companies of all sizes who have innovative ideas that will keep the UK competitive.

To read the ATI’s response to the DfT in full, please click here.<LINK>